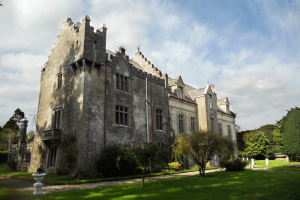 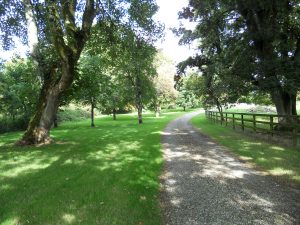 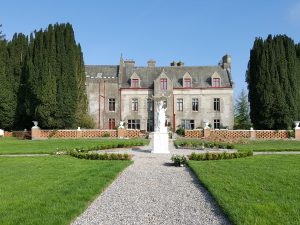 The original castle was built in 1600 by Theobald Walter Butler, of the Butlers of Ormond. Like Nenagh Castle, it was part of the complex group of castles built by the Butlers, whose seat was in Kilkenny Castle. Killoskehane was of sufficient importance to attract the attention of Cromwell, who captured the castle for his own use. His escape tunnel is still visible in the bedroom he used.

During ist nearly 400 years history, there have been many illustrious owners. Among them are the Willingtons, whose daughter married Canada’s Irish Govenor-General. Later it was owned by Edward Downs-Martin, who did a great deal of building, and completely restored the castle in 1865. It is to him that much of the stables are attributed, as well as the classically Victorian gatehouse. The infamous Sir John Carden bought Killoskehane during a sojourn in prison for the abduction of Miss Arbutnot of Clonmel. During the next 100 years it fell in quiet disuse. When it was bought in 1977 by the Browne family, it had been inhabited only on rare occasions during the last 35 years or so. The Browne family took an enormous effort to restore the building. The roof and chimney stacks had suffered grave neglect and needed a total rebuild. Plumbing, heating and electricity were not existent, so the house underwent great restoration and renovation works to get it to a high up-to-date standard in the late 70s of the 20th century. The Browne family decided to move from London to Killoskehane Castle and start a whole new chapter of their life in Ireland. They also made the six completed and lovely decorated bedrooms available to private guests. Among other guests Mr. and Mrs. Broomall have been cherished guests of Killoskehane Castle in the early 80s of last century. During a stay with another American couple they decided to buy Killoskehane Castle as a vacation home for the two families. After a few years the other couple backed out, but the Broomall’s kept the place for about 30 years and spent weeks of great summer vacations in the Castle with their children.

In 2015 René Mogge bought Killoskehane Castle after a long search for a period house in Belgium, France, Germany and Ireland. He fell in love with the Castle the moment he went up the long driveway for the first time and took it over a few months later. René and his partner Stephanie have been busy with restoring the place step by step with the help of a great local craftsmen team since then. Five bedrooms as well as the main areas are finished by now. More work to come on additional bedrooms, the original chapel as well as the lovely porter’s lodge at the entrance of the estate.